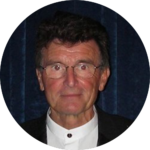 We probably need to challenge our belief system if we can look back and realize that it just hasn’t worked. It hasn’t allowed us to be the person we want to be, nor to feel the way we wish to feel about ourselves or our universe.

I have developed a simple method by which one can do this in a methodical non-confronting manner that allows you to clearly see the messages you hold onto and operate by, and to clarify if they presently serve any good purpose.

I have a flip chart upon which I place a vertical straight line down the center and a horizontal line just a few inches from the top. On the top left column I write the words “Family Beliefs”, and on the top right column “Personal Beliefs”.

At the very top of the paper I print the words; love, trust, choice, respect, anger, and friendship. I may include one other such as money, sex, alcohol, drugs or any other impacting word, if I know that it has been a major influence in the your upbringing or family of origin.

Then, focusing on the family beliefs list, I ask you to think about each of the words one at a time and then list on the chart what that word meant to them growing up in the family or environment that they did. This is done on all the words, and then likewise I ask you to list on the other side of the chart, under personal belief system, what you truly believe about the word. An example might be that the word “love” in the family belief system may have meant, “I only hit you because I love you” or that there was no love or affection shown, or it meant being sarcastic or belittling those to whom love was professed. In the personal belief system then list what they truly believe the words should mean. Most will normally list very healthy beliefs about what the words mean, i.e. love means being unconditional, hugging, caring, taking time for, listening to, praising etc.

Once you have gone through all the words and meanings from both belief systems, I ask you to sit back and notice which, if any, are the same. Remember that the goal is to keep what works and let go of what doesn’t. I ask you to note the differences. It will usually be quite obvious as  they are often totally opposite.

AN EXAMPLE OF AN ACTUAL BELIEF SYSTEM SESSION

This example is based on the subjects of love, trust, choice, respect, anger, friendship, money, alcohol and/or drugs. (One can add any other subjects that are relevant to a particular client)

Trust = No trust shown or given.

Being consistent, honest, assertive rather than passive or aggressive.

Choice = Never had any choice.

Given and received freely when earned. Aware of consequences, being heard listening and having boundaries.

Anger = Direct to rage and control (of decisions and money) and lead to fear and anxiety.

Friends = Did not have any friends. (family was deliberately isolated)

Form of energy – goes with personal values not about personal worth.

Personal choices, moderation and prescription only.

Following the identification of these governing and oft- contradictory belief statements, I will usually ask questions such as:

“What beliefs or which system do you actually live by?”

“Is it your personal one for the people you love and the family one when it comes to yourself?”

If they are, then you can usually able to see the reasons for their internal conflict and the paradox in with which they operate. You “know” one thing but “do” another – sound familiar?

Other relevant questions are:

“Which one are you operating under when you run into difficulties?”

“Does this paradoxical thinking create black and white/all or nothing thinking?” This can mean feeling stuck with a dilemma, as it always has to be an absolute, one or the other, love or leave, always extremes, nothing in between, having no real sense of a choice, no gray area, no real choices.

It is this black and whiteness of paradoxical thinking that also sets a person up for difficulty in being healthily assertive. If one has grown up in an environment where the only actions and reactions one witnessed were either passive or aggressive, then you believe that either you have to walk over others or you’ll get walked on. Neither is an attractive proposition for the personal belief system of a healthy-minded person. However, if we had grown up in a family that sought healthy compromise and resolution then we would have understood the art of assertiveness – not allowing others to walk over you, nor walking over others, but being respectful in voice and action, and possibly just agreeing to disagree.

In discussing these belief systems, we should look at establishing the difference between using statements like “right” or “wrong” and replacing them with “does it work?”

The ideal is to fully live according to your own true belief system, not just for your children or others that you love unconditionally, but also for yourself – even if you do not yet believe that you deserve to be treated so lovingly! Create the environment that you would have “freely chosen” if your upbringing had not included any toxic thinking or behaviors.

Maxwell Maltz made reference to rational understanding and reasoning when he wrote that, “You cannot harbor a torture chamber in your imagination and live a positive life. Would you employ a confessed poisoner as your cook?”

Congruency is when what you say and what you do are the same thing, i.e. being in harmony with one’s personal belief system, and not being in conflict, due to displaced loyalty, to a non-working hand-me-down family belief system.

Let’s look at an example of such a thing in business, i.e. if money were at stake. If something you were doing in business each week showed that it put you into the red, you would quickly challenge or change it – yet we do not often step back and assess what beliefs dictate our actions, or whether or not they actually ‘work’ for us!

Congruency with the self is “be-friending” the self, i.e. being connected to your own Spirit or Higher Power.

Don’t negotiate or compromise your sense of integrity – do not betray yourself.

The adversaries in your head – let them go – free your world (constantly) – clean and clear so it doesn’t become an army.