Psych Profile of a Profiler 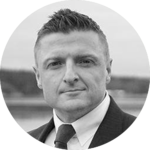 What stands in front of me has been viewed as an impasse, a problem and a stumbling block by everyone around me… Yet I see a solution inside the problem, in general, like the people I respect and admire the most I reject limitations imposed by other people who haven’t earned my trust or respect.

A major reason for this.. I was told about/ shown “my limitations” by certain people when I was growing up… I learnt to reject the ignorance which temporarily limited my mindset, and eventually I came to love that ignorance for forcing me to adapt and prove the doubters wrong by determining the future for myself.

(Three basic psychological needs which are found within self determination are: autonomy, competence and relatedness. “The satisfaction of these needs is associated with the support and growth of intrinsic tendencies” – “seeking out challenges, exercising and developing skills and knowledge, even in the absence of obvious rewards”)

I’m surrounded by fear, fear of unemployment, fear of the unknown future, technology… in fact on some level, I suspect that fear is engineered to keep people in their boxes, I’m not a person to be kept in a box, in fact the only purpose of a socially constructed boxes is to create boxers who can, will and must fight or find their way out, and by so doing have earned the right to fight for the life they choose – a life I must choose because for me – self autonomy is key.

(Autonomy refers to self-government and responsible control for one’s life).

In my earlier years I too was a prisoner of fear and frustration – I felt torn within myself, I needed to get out, but getting out meant breaking the rules, so at first I began by stretching the rules until eventually I decided to create my own rules, (whilst remaining law abiding 🙂

Before we move on, let me tell you about one of the games I played, lost and learned from… It’s called the blame game, I realised that as long as I’m blaming this, that and them for my state of being, I’m not responsible for my state and place in life – learning… wherever and whenever possible, take responsibility for everything that’s yours – it’s a route to freedom/ a truly great way to refine ones behaviour.

I’ve been lucky enough and to be fair, inspired by certain people in my earlier life – people who turned their weakness into strength, people who would rather die adapting than live without feeling the force and winds of nature trying to push them back into the box they came from…

(Psychological grit is an imperative for the profiler: a. Connecting what we’re passionate about with a purpose that transcends our own self interest, b. Making incremental improvements inevitable due to the daily practice of our craft, c. Cultivating non-judgemental awareness of our weaknesses by seeing them as sign posts to strength, d. Training like the Challenger and when it’s time, performing as the Champion).

I noted within the minds of my heroes that they were generally grateful for what they had, and humbled when they got more. Their reasons for losing in earlier life had become their reason for winning in the present – in this sense their minds were perfectly balanced between the motivational forces of avoiding what they didn’t want and working to achieve what they did want.

What these people had become expert at was developing and adopting successful frameworks and mindsets for coping with the necessary pain of facing resistance. They told me stories of how in their younger years they had relied on relentless, mind numbing “doing based activities” – fighting their way forward stumbling into bed each evening with nothing left… and then eventually there came a point where they realised that they could relax into the pain, they could feel pain and fear and relax/ do it anyway… they learnt that emotional reactivity to what life was presenting was the biggest cause of losing strategic and tactical oversight, so they began to work on improving their ability to stay calm even though certain people around them were not calm.

I’ve found my heroes both in my day to day work and the study of the great figures I admire who went before… these figures comprised men and women of justice and peace – warriors when called upon but for the most part men and women who put the rights and wellbeing of the people they cared for over and above themselves. In line with my own observations, these people saw weakness as the next step to strength, they didn’t take their weaknesses seriously, merely rungs on the ladder which needed climbing… my core interpretation on this level is that they climbed as high as they did because they only had themselves to carry, (not their issues) and themselves to blame if they got side tracked by getting involved with someone else’s ladder.

These historical figures have been traditionally viewed as ingenious because they were able to see what others missed – personally I see them as humble people who had the openness and awareness to see things simply, as they were/ are, rather than as they would have them be… It’s with this in mind that I would like to tell you that I don’t want or need the world to be different – I simply require myself/ my read to be better today than yesterday…

I’ve searched out and studied the principles of being human – Spending my days learning about others so I could learn about myself and come to the point where I know the best and worst in others through knowing myself.

Checklist requirements for learning to successfully profile others:

Ruthless objectivity – at this moment have I done what it takes to see this person as they are rather than as I am?

Selflessness – at this exact moment, is my motivation to be right, or to get as close to the truth as possible?

Acceptance – Am I willing to be wrong or to find fault within myself as a means of getting a clearer read in the present or future?

Determination – Am I mentally and emotionally ready to face the daily inconvenience and hardship required to fulfil my goal of successfully reading people/ their behaviour by maintaining a continual level of self and situational awareness?

Focus – Am I able to drop into a state where I can retain relaxed focus and by implication stay adaptable to changing and unforeseen circumstance?

In essence, what I hope you’re able to see is that I’m controlling my perceptual filters by managing my emotions, state and place of mind… gaining the ability to put to one side the desire for things to change or be different.

Make a balanced life my Grand Strategy: By doing this I’m able to master arising fears simply, they’re merely the fears that come along with the journey chosen… the same goes for pain, hardship and exhaustion – they’re all experienced in accordance with the path one travels – so I control the context and by so doing influence the content of my experience.

Within the realm of achievement and growth are the distractions – some people call them temptations – personally I find it more useful to call things what they are rather than imbue them with meanings they don’t deserve. Why? Quite literally, apart from health, attention is my greatest asset – so if something comes within my field of awareness and it threatens to derail my path and approach – it’s a distraction – having this single term reduces reactivity to the physiological/ psychological response I might otherwise have.

With this in mind, I learn not to get weak kneed when the engagement goes against me, or when decisions don’t’ go my way – that would be a distraction. Don’t get me wrong, if consideration is required I’ll consider the subject, but I’ll do it in a way where the parameters are limited to what’s highly pertinent to task completion – anything else isn’t my concern (for that moment).

What I hope you can take away from this is that things are neither fair or unfair as much as they are what’s there… and given time you’ll discover that what matters most is how you observe, followed by how you RESPOND. Why? Given this approach, you’ll learn to manage and develop your composure, and it’s composure under fire which will help you achieve your outcome.

Practiced over time, people will see your ability to relate to and support others to be and feel like the best, most open version of themselves as some sort of natural gift, something you gained by learning to work with the present.

PrevPrev.Practical App Psychology of Endurance
Next A message from the client’s of DTECHNext